Access to justice is a pillar of class action litigation. Barriers to meaningful justice can remain, however, even within the class action itself, especially in the settlement claims process.

On December 16th, 2016, a class action was certified on behalf of individuals formerly admitted as inpatients at the Child and Parent Resource Institute (“CPRI”) in London, Ontario. The lawsuit alleged that between 1963 and 2011, the inpatients at CPRI suffered harms, including injuries resulting from the wrongful acts of their peers, and that the Province owed a duty to supervise and failed to adequately ensure the safety of class members.

The settlement agreement provided between $3,500 to $45,000 in compensation to eligible class members, depending on the level of abuse sustained at CPRI. The defendant, the government of Ontario, denies the truth of the allegations in the action and disclaims any liability whatsoever.

The barrier to justice faced by some class members is this: the claims administrator in the CPRI case requires that anyone submitting a claim on behalf of a class member without legal capacity has to provide documentation verifying their legal authority. Many class members in the CPRI class action are adults with disabilities. For these class members, this requirement means acquiring a court-approved guardianship order in order to access their CPRI inpatient files.

The Law of Guardianship

A guardianship order is a court appointment that authorizes a person to act and make personal care decisions on behalf of a mentally incapable adult. The only way to become a guardian of a person is to apply to the court. You must file a guardianship plan form which explains your plan for the incapable person’s care that you must follow. Ontario’s statutory framework for capacity and decision making and guardianship is complex and intricate. At the core are two statutes, the Substitute Decisions Act, 1992, (the “SDA”) and the Health Care Consent Act, 1996. Under the SDA, an assessor or physician must make a finding of incapacity prior to a guardianship being ordered. Legal capacity is defined as a person’s authority under the law to make specific decisions.

There are two fundamental problems with requiring class members to obtain a guardianship order before accessing their health records and submitting a claim under the settlement agreement. First is the issue of costs and delay. Justice Lorne Sossin highlights in his article, Designing Administrative Justice, that guardianship applications brought through the courts can take many months, or years if contested, and are expensive.[1] Importantly, “the costs can be significant and, where the assets of the incapable person are not similarly significant, it may not be practical, cost-effective or proportionate for a person of modest means to apply for guardianship over an incapable person.”[2] Both the time and expense of obtaining a guardianship order will likely prevent a class member in CPRI from participating in the settlement claims process.

Second, there is an ableist critique of guardianship orders. The Law Commission of Ontario defines ableism as viewing people with disabilities as being less worthy of respect and consideration, and less able to participate and contribute to society. In the context of the CPRI Settlement, guardianship orders will have profound consequences for class members with disabilities. Instead of accommodating disability, the guardianship orders remove the right to exercise autonomy and self determination. The removal of the right is rooted in discrimination based on disability. Guardianship orders often result in individuals feeling unheard and disregarded due to invasive legal powers that restrict their ability to make choices on matters about their owns lives.

Less restrictive options than a formal guardianship order were available to the parties in CPRI. The CPRI settlement agreement requires hospital records, held by the government of Ontario, to prove that putative class members attended the institution. Ordinarily, the inpatient records being requested are governed by the Personal Health Information Protection Act,[3] which allows the release of such documents to substitute decision makers (including parents, spouses or siblings of the individual).[4] There is a clear preference in the statutory regime for the use of family and friends as decision makers. Despite the important role played by decision makers, however, there are often few supports and resources available to them. Though some may see the role as a natural fit for a family member, most will carry out this role  without compensation, and not all families have sufficient resources and time to do so. The assumption that families can be readily available for this role is an important one to interrogate; nevertheless, for some families, it is far preferable to a guardianship order.

Lawyers are quick to recommend substitute decision-making mechanisms. Legal scholars and community advocates have asked that they be considered as a last resort, not the first. Research has indicated that substitute decision-making mechanisms have an adverse impact on the individual for whom decisions are made. This includes social isolation, loss of self-esteem, feelings of inadequacy and incompetency, to name a few. Moreover, once a guardianship order is made, there is usually minimal oversightand accountability of the decision made on behalf of the person. This can lead to misuse of power and abuse. As well, once a guardian is put in place under the legislation, it is difficult to challenge or revoke the appointment. Remedies under the legislation are “costly, complicated and intimidating.”

When engaging with persons with disabilities, practitioners should consider less restrictive options that promote a person’s autonomy. This would be consistent with Canada’s obligations under the Convention on the Rights of Persons with Disabilities (the “CRPD”), which it ratified in 2010. The purpose of the CRPD is to “promote, protect and ensure the full and equal enjoyment of all human rights and fundamental freedoms by all persons with disabilities, and to promote respect for their inherent dignity.” The CRPD highlights the importance of avoiding paternalism in regards to people with disabilities and respect for their agency and choice.

Less onerous options would also be consistent with the goal of class actions to achieve greater access to justice through the settlement process itself.

Although robust claims administration is needed to ensure the integrity of the settlement, class  members should not be required to sacrifice agency or dignity in order to collect their rightful share of compensation. Assumptions should be avoided about what supports or resources class members may have. Not everyone will have advocates in their corner or family members ready and willing to address potential procedural barriers.

A class member-centered settlement ought to address the specific needs of the class, as well as identify any potential barriers in the settlement claims administration process, and work to reduce them as much as possible. For any settlement involving class members with cognitive or other disabilities, it would be wise to deploy a supportive decision-making lens. A supportive decision-making lens recognizes that instead of making assumptions about capacity or resources that an individual may have, practitioners start by asking what would best support the person with a disability. This kind of exercise requires us to be creative and consider alternatives to legal capacity. In the context of the CPRI settlement, a supportive decision-making approach could include accepting the authority of substitute decision-makers appointed on behalf of class members, per the Health Care Consent Act. Family members appointed as substitute decision-makers would be able to support a class member’s ability to make decisions and find ways to put into action the individual’s preferences and goals.

Settlement agreements represent an end to the class action litigation, a compromise between the parties. This vital point in the litigation should entrench protections for class members, and provide a strong foundation for the administration of settlement claims. The prevalence of settlement agreements in class action litigation creates an even greater importance for an accessible and equitable settlement claims process. Class actions are big, involving sometimes with millions of dollars and thousands of class members. In the end, they are a collection of individual instances of harm. Settlement agreements should offer a holistic, inclusive, and human-centered approach to claims administration in order to uphold both the integrity of class actions and the human dignity of its members. 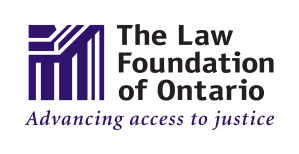